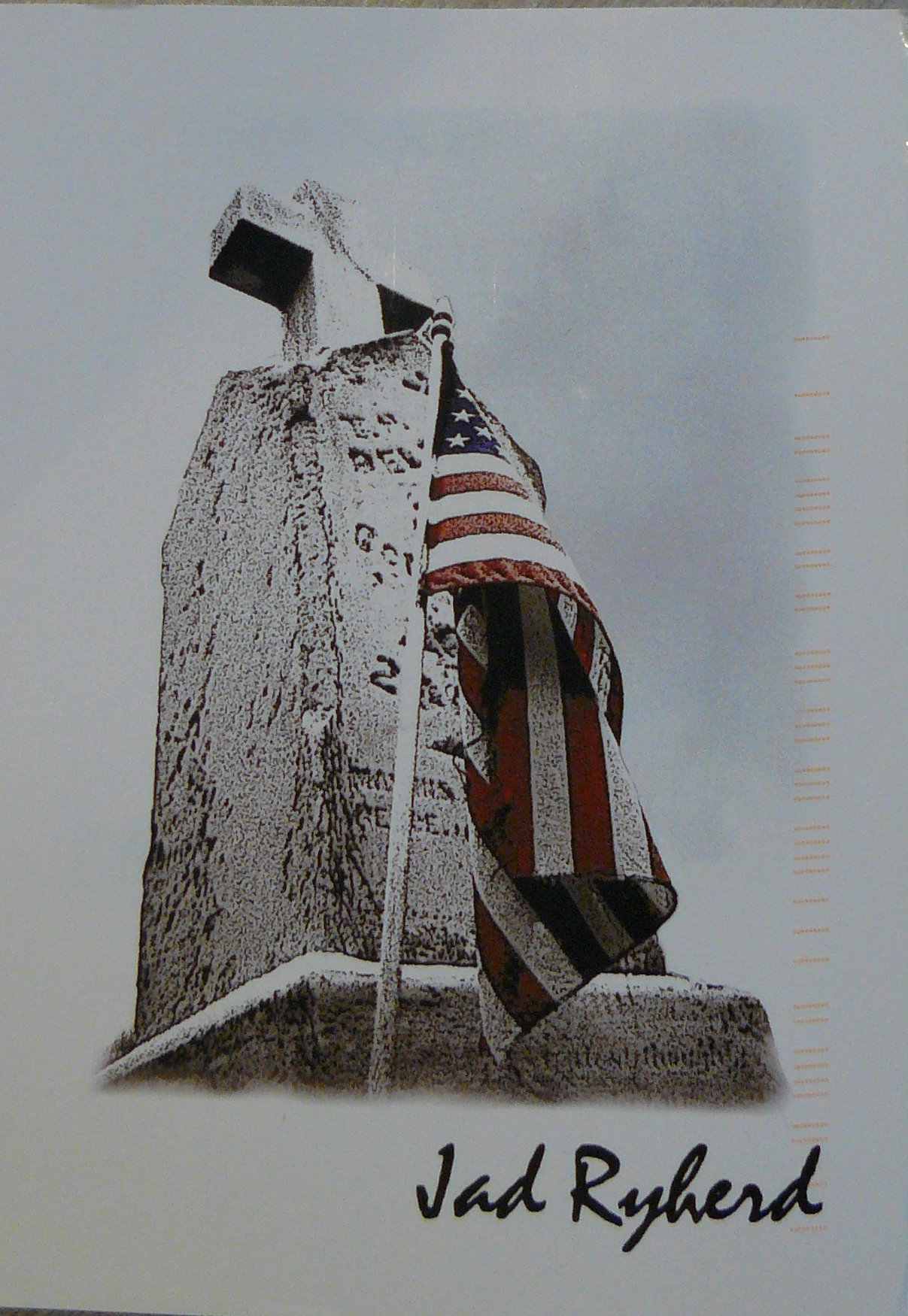 The next postcard from the U.S.A. arrived on January 29, 2021. The postcard came from Saint Louis.
On the picture side is a gravestone with an American flag. The photo was taken by photographer Jad Ryherd.
She didn’t write very much. At the time she wrote the postcard, it was 33 degrees Fahrenheit and snow in Saint Louis.
The city itself is located in the state of Missouri, has a population of just over 300,000 and is on Route 66, which is well known for tourists.
There are two small stamps on the postcard. One of the two stamps shows a red fish among corals.