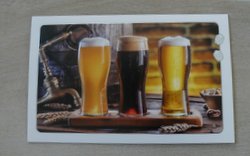 On April 21st I received a postcard from the Netherlands.
It’s a folding postcard.
You can see 3 glasses filled with different types of beer.
I would appreciate pils, black beer and wheat beer.
She wrote some nice lines about her family. She already has grandchildren.
She wrote in German. Very nice.
The folding postcard was in an envelope. There were 2 stamps on the envelope. There was a pretty little witch on one of the stamps. 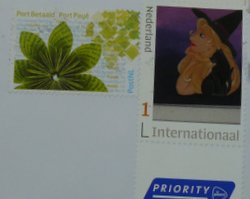