In April I received a postcard with a great postage stamp showing August Wilson.
August Wilson was an American playwright. He won the Pulitz Prize twice. The first with his play The Fence in 1986. The second with the play The Piano Lesson in 1987.
He was born on April 27, 1945 in Pittsburgh, Pennsylvania and died on October 2, 2005 in Seattle, Washington.
In 2017 he received an Oscar nomination posthumously as a screenwriter for the film adaptation of The Fence by Denzel Washington.
There is certainly a lot more to say about August Wilson.
The US postage stamp of the year 2021 honors him and I’m happy that it was on a postcard. 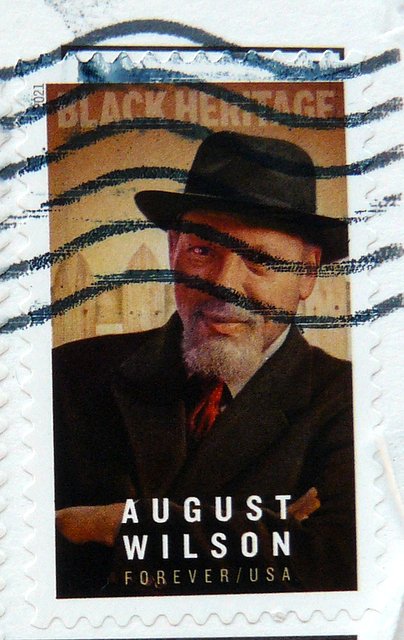